A large-scale outdoor experience for which Direct Access managed accessibility and inclusion, Green Space Dark Skies was a program of Unboxed 2022 that allowed visitors to experience beautiful green spaces across the UK via night-time illuminations. This week, a television program dedicated to the project was broadcast on BBC 2.

The project began as an opportunity to celebrate the countryside and showcase large-scale artworks against a backdrop of the four UK’s nation’s beautiful natural scenery but quickly evolved into a more experimental and dynamic art piece that explored our history, present, and future.

The initial conceit was simple; thousands of people would be given specially designed lanterns, who would then act as illuminators for different parts of the UK countryside at dusk, creating a mass participation artwork based on light, the size of which had never been attempted previously. But Green Space Dark Skies grew its ambitions to represent not just the beauty of our natural world, but to preserve and tell the story of each landscape’s history through the medium of art. 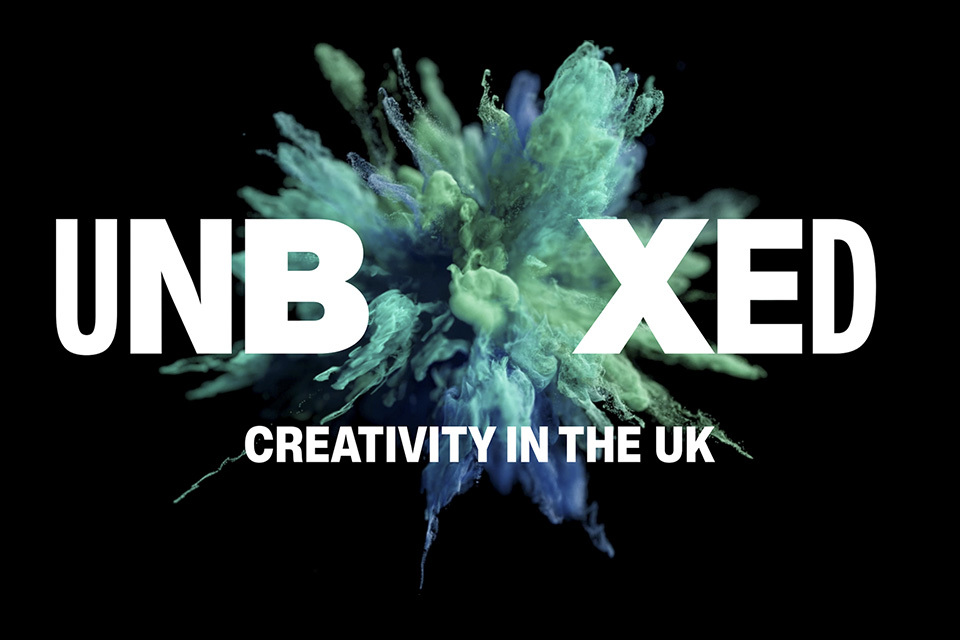 John Wassell, an outdoor art expert at Walk the Plank, described the project as “all about land, our relationship to it, responsibility to it, and right to it”, while an Unboxed board member, Rob Smith, commented, “it’s a way for people to experience the outdoor spaces we need to keep in good stead and use technology to show them in an exciting new way”.

In the case of Parys Mountain in North Wales, the site where the initial test event for Green Space Dark Skies took place, the illuminators who attended were taught about the significance of the site, with its history leading back to Neolithic times.

Over 400 million years ago, molten material came up to the sea bed and exhumed sulphite, sulphur, lead, and iron – which does not happen often due to extremely specific circumstances needing to be in place. Not only does the earth’s plates have to be split, but the process must occur underwater, which makes Parys Mountain the ecology of Wales unique in comparison to other parts of the world. And the foundation of a story that UNESCO felt was important to tell through Green Space Dark Skies.

For the Green Space Dark Skies event that took place at the Three Cliffs Bay in Gower – a film was produced chronicling the different stages of the event to represent people’s journey across the historic landscapes, featuring people of different colours, backgrounds, ages, and unique heritages.

Meanwhile, when the team visited Craig-y-nos, a 40-acre country park spreading along the banks of the River Tawe in the upper Swansea valley, an immersive experience of live music and light took place on the grounds, in honour of the castle estate’s former owner Adelina Petti, who today is widely regarded as one of the greatest sopranos in opera history. The songs of the event were, fittingly, a bilingual experience of both Welsh and English.

Even special lanterns were developed specifically for Green Space Dark Skies to bring the event’s interactive experiences bursting into life.

The “geolights”, coined as such due to the fact that each light can be traced via satellite in the sky, are traceable via a central server, which depending on the location, can change the patters and colours to suit the landscape of a Green Space Dark Skies event.

Direct Access’ Steve Dering attended several of the Unboxed 2022 events at launch, including Green Space Dark Skies, which we have documented on our YouTube channel.

How Can We Help You Today?

A member of our award-winning accessibility team will be in contact.
If you would like to communicate in a specific way, please let us know.

You can find out more about which cookies we are using or switch them off in settings.

This website uses cookies so that we can provide you with the best user experience possible. Cookie information is stored in your browser and performs functions such as recognising you when you return to our website and helping our team to understand which sections of the website you find most interesting and useful.

Strictly Necessary Cookies should be enabled at all times so that we can save your preferences for cookie settings and protect ourselves from spam via the Google reCAPTCHA service.

If you disable this cookie, we will not be able to save your preferences. This means that every time you visit this website you will need to enable or disable cookies again.

Google Analytics- We would like to set Google Analytics cookies. Google analytics information is collected in a way that does not directly identify anyone, we use data to help us optimise site functionality and give you the best possible experience.

Please enable Strictly Necessary Cookies first so that we can save your preferences!